I don’t usually blog off the cuff. I chose topic that interests me or I think will benefit others, I research and go from there but today I read an article that annoyed the hell out of me. So off I rant… 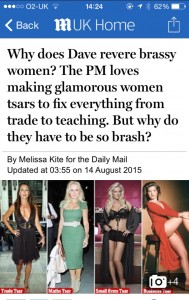 The Daily Mail today produced an article entitled: Why does Dave revere brassy women? Referring to PM David Cameron’s appointment for his government tsar. This article is so offensive to those women selected I had to pipe up in support. Yes the article shows a few pictures of these women in less than the usually suit and blouse but it skirts over (no pun intended) the majority of their achievements. If the selection was purely based on looks then that would clearly be wrong, but some of these women have achieved great things for this country. Contributing jobs, tax and inspiration to the UK. We absolutely need more inspirational role models!  What’s wrong with being an achiever and attractive? Looks shouldn’t be a factor at all, that’s positive or negative.
The most controversial image in there is Michelle Mone posing in her underwear. OK potentially a source of controversy for some if it wasn’t to promote a positive message and underwear is her business. I for one think she looks great. I’m a woman in business and where you wont find me publishing underwear shoots any time soon, I am usually found promoting equality in business.  On the homepage of this website you will see one of my mottos that ‘women can have it all’ and I am a huge believer in this! Not that women ‘could have it all but should dull down the appeal of their appearance so they don’t end up in a Daily Mail article’.
Karren Brady also makes an appearance in there. I don’t know too much about her business expect what I read but I obviously met her a number of times while filming BBC The Apprentice last year.
I wonder if this article would have even been written if the appointments were men? I suspect not.
Now I have no insight whatsoever into Mr Cameron’s thought process but I suspect as women like Michelle already have a good PR profile they will instantly be more recognisable by the people they are trying to help. That’s not to say a business man or woman with equal success but no PR profile couldn’t do the job equally well but it will be potentially a greater task to engage the interest of the public to ensure successful delivery.
I have to admit I find the balance between personal and professional difficult. I am a huge fan of Instagram and Twitter and share lots of photos on there. However I am ashamed to admit I am always second guessing what people will think and I do not post a great deal of what I would like to if it wasn’t for my public professional persona. I admire the women a generation ahead of me that have had the guts to do so.
I have had many articles written about me since being on The Apprentice and starting my own business. They sometimes make reference to ‘brains and beauty’ and I am flattered of course but I want my achievements to speak for themselves. My hope is that in due course they will! 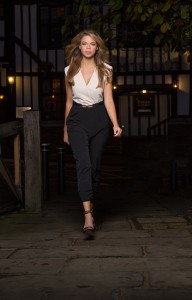 For now I am sharing some ‘brassy’ pictures of myself in support of women in business! My hope is that if I ever scale the dizzy heights of being a famous business woman it will not be used against me as the entire article will be about my achievements based on merit! 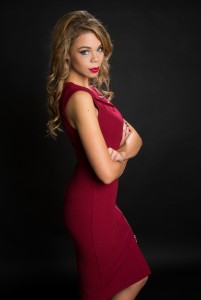 Keep sharing to every one...

One thought on “Standing Up For Glamorous Women In Business”